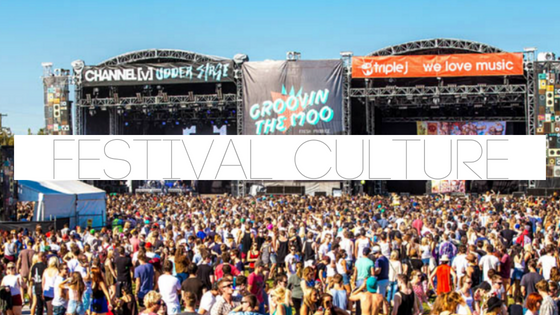 Now I understand that the title of this blog alludes to the idea that you should be expecting music recommendations and suggestions consistently, but if you’ve come to know who I am as a person, as a writer, you’ll know that consistency is still something I’m coming to terms with, and working towards.

With that in mind, I want to share a different type of post with you, an essay of sorts if you will.

Going through my hard drive is always a bit of an adventure in itself and last night I found myself looking through a number of essays, reports, short stories and reflections that I have written over the past two years, and I stumbled across this one that was still, if I do say so myself, an interesting re-read.

So, if you don’t mind, this is a topic I would love to cover on here. The report was an insight into an aspect of the Australian music industry of your choice, of which I chose music festivals. As we had to choose two topics to cover within the report, and be able to link them together by a common thread, I chose to do drug use and practices at music festivals, and then the representation of female musicians performing and headlining at music festivals. If you’d like to read my take on the second topic let me know, but for now the topic is drug use, and in turn, pill testing.

Trust me when I say I had several moments where I thought I’d be able to just copy and paste my report onto here and Bob’s your uncle, schedule and post, but it came to my attention that the report-centered, Harvard style of the piece made me want to stick pins into my eyes, so to safely assume that’s not want you guys want to read, I’ve paraphrased. Hope you enjoy.

So I didn’t really understand how much of an issue drug use really, honestly was, until I did this report. In 2004, excuse the dated research I was able to find, 1600 people who attended Big Day Out in Sydney and Splendour In The Grass in North Byron were tested for drugs and 82% of those people returned positive results. 82%. That’s crazy. That’s well over half the people tested, and if you assume that the ratio can be translated to the rest of the crowd at music festivals, it makes for a highly volatile mix of drugs present. Drugs such as, weed and ecstasy, the most popular ones, as well as LSD and cocaine. In more recent years, there were two drug related deaths at the Stereosonic Music Festival in Sydney, and in 2016, there were over 200 arrests made at The Field Day Music Festival. One woman had over 130 ecstasy pills on her person. Where do you even hide 130 ecstasy pills?? Actually, I don’t want to know. 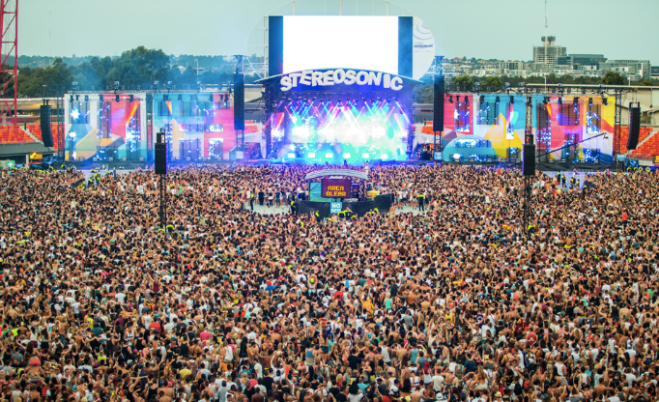 Don’t start on the introduction of synthetic drugs. There is such a ridiculous amount of new drugs popping up every single year. At Let Go Fest, my friends and I bumped into a friend of a friend who looked particularly spaced out, only to find that he was hyped up on something called Masterchef. Masterchef. Masterchef as in the popular, elite cooking show, Masterchef. Synthetic drugs like that type of crap, make it ten times harder to even begin to control drug use at festivals and the fatalities that are growingly becoming a norm. However, there have been calls, especially from the Australian Drug Law Reform Foundation, to focus on ‘managing the risk, rather than eliminating it’. To be fair, I feel like that’s a far better idea. Why?

At the current moment, the go to move when the police are out in force at these festivals, are sniffer dogs. However, time and time again, cases are arising where people, fearing being caught by these sniffer dogs ingest the entirety of their drugs in one go, before entering the gates. They get past security, the dogs detect nothing, a frisk produces nothing to show, and they still get their drugs.

As an already in use practice that lends itself to the ‘management not elimination’ mentality, several festivals within Europe have installed amnesty bins, and most popularly, pill testing. Amnesty bins provide the option for festival goers to surrender their drugs, without facing any trouble (yeah good luck), however pill testing, in my opinion is something that Australia needs to seriously look into implementing. That said, Groovin In The Moo, a recent festival in Bendigo, a little bit out of Melbourne, put the trial to test, and it was a huge hit.

When interviewed by the media, majority of the festival goers admitted that they were going to take their drugs any way,  and pill testing allowed them to do it with the security of mind that they weren’t going to, you know, die. The fact is, people are going to take their drugs, and while it won’t make a difference in the amount of people who take it, it will make a difference in the number of fatalities as a result. At some points of the day their were huge queues for the pill testing tent, and there were several people who ended up honestly getting rid of their pills when they discovered what was actually in them. While police were on site, they didn’t target the tent at all.

In the 20 countries that pill testing is already under way in, it’s produced a proven reduction in harm rates.

So since writing my report in May of last year, pill testing trials have begun in Australia, and I for one, am incredibly interested, and a lil bit excited, to see the results.

If you found this post even in the slightest bit interesting, please give me some positive affirmation in the comments below, would love to know what you think!