Ariana’s Gift To Us All

Unless you’ve been living under the world’s largest rock recently, you’d be aware that Ariana Grande currently has the world in the palm of her hand, and is killing the game. I thought 2018 was her year, but 2019 has barely started and she’s already claimed this year as her own.

She recently released her album, titled after the first single she dropped, ‘thank you, next‘ and my god, this album is everything she’s been promising and more.

I’ve never considered myself a ‘fan’ of Ariana Grande if we’re being honest. Up until last year I only ever really listened to her when she popped up on the radio, but I rarely went on to Spotify with the intent to literally binge her entire album, which up until today, I could never say I had done. That’s over.

That said, let’s get into this play-by-play rundown. Sadly this isn’t a reaction post, because I was too busy hyping every second of it to think about typing down my thoughts. But it’s close enough.

imagine
Ok. I know this song is cute. I know it’s a sweet lil tune, and heaps of people are around it. But it’s taken me way too long to get into it and now I’m only just jumping on the bandwagon. It took me a little while to even bother listening to it, even though it was released as a single. I don’t know. I just wasn’t hooked straight away.

needy
Did someone say me? No, they just said ‘needy’, but that’s practically the same thing. This song gets me. The simple piano is something that makes it such a catchy song, and the record just sounds like a dream, really kick-starting the entire ethereal aesthetic of the overall album. I kinda want to do a cover of this song, plainly for how simple it is, but how great it is to listen to.

NASA
How genius. This is a great tune. Such a great song. The play on words and the open-ness about just needing, space? I love the content of this album, Ariana’s so honest and raw in it, and it’s an honesty that I think her audience have come to expect from her. I think with everything she’s been through, in such a short time span, she can’t afford to be anything other than honest and true. However she still manages to do so in a way that gets you off your feet and bopping. 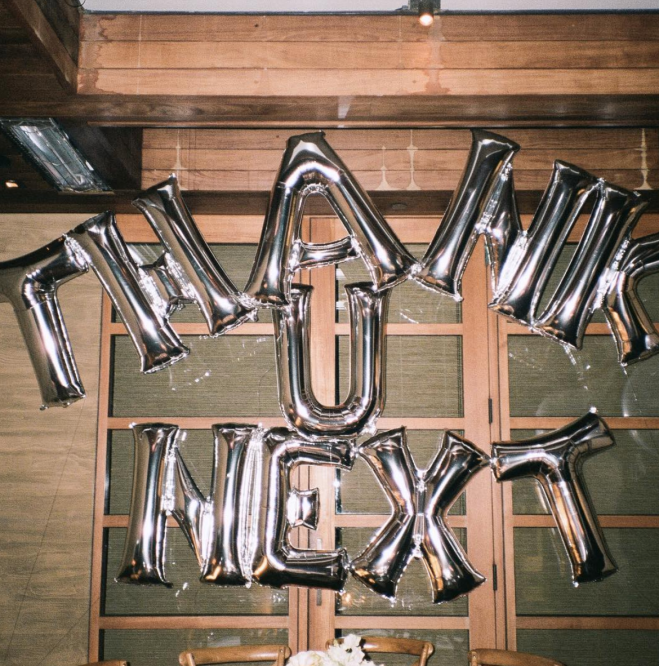 bloodline
This is undoubtedly, in my top three songs on this album. The trumpets, how simple and catchy the chorus is, the story-line, everything. This song to me, in a nutshell, throws all the necessary shade at Pete Davidson, in one, pent up go. Considering how many times Pete decided to use their ended engagement as the butt of a joke, compared to how silent she kinda was, the whole ‘letting go’ part of the song kinda points fingers at a comparison between the two and how they handled the ended relationship so differently. Regardless, the song is a really fun anthem, and I find myself searching for it while I’m getting ready to jump in the car, purely so I can sing along.

fake smile
I love the intro to this song. So much. I mean sampling Wendy Rene?? Yes please. This song is probably one of the most honest songs on the album. She’s so candid about that fact that she’s been through hell. So much, and for someone so young who’s constantly on show, being scrutinised every second, it’s gonna be hard regardless. The song remains cute and playful, but provides a really vulnerable insight into Ariana’s mind.

bad idea
This song’s just really strong and energetic, but in a ridiculously cool way. She doesn’t sound like she cares at all and funnily enough it’s what I love the most about it. I don’t know if this song reaches as high as some of the others on the album for me personally, but it’s a good song to fit into the middle of the record. It genuinely fits the aesthetic of the record and I think a lot of time has gone into crafting the perfect selection of songs that contrast yet still manage to compliment each other.

make up
We love a cheeky play on words.

ghostin
Possibly the saddest song on the album. It’s all about giving someone so much and getting little in return, and I think it’s possibly one of the strongest yet vulnerable songs on the album for how much it says. I think the song could possibly be about how much she had to go through, especially considering she was in a relationship while at the same time dealing with fall outs and issues from other relationships. The song is so clearly about that balance between Pete Davidson and Mac Miller, and the repercussions of his death not only on her personally, but also possibly on her relationship, and the fact that’s she’s so open and honest about it is a bold move considering how much flack and hatred she received when Mac passed away.

in my head
I think Ariana’s killing it with the introductions on all her songs, as well as the sampling. It’s all done tastefully, there aren’t any voice memos included simply because it might sound good, and samples are being used in a fresh way for her music. The fact that the voice memo is of her close friend Doug who ‘was a major help’ to her through some of her hardest moments speaks volumes. I think the song could be speaking about the way she sees someone, compared to way the rest of the world sees them, and the reality in between all of that, and I love it.

7 rings
A bop. An anthem. I sing this song all the time, nearly once a day, and it’s constantly being rewound and played back again. At first I was kinda confused, but then the confusion passed, the clouds moved away and I saw the light, and now I can’t get enough.

thank u, next
The song that shook us all. The song that announced her rebirth, her resurrection, her re-brand. A lot of love for this song, man.

break up with your girlfriend, i’m bored
Ah yes, we’ve arrived. My favourite song on the entire bloody album. I feel like this song is the bad-ass sister song to thank u, next, which is quite subtle about it, but this song is so in your face, I love it. I haven’t listened to it as much as 7 rings, but boy am I getting there.  Wait for this song on my February Tunes, cos it’ll be there, I promise.

So yeah! That’s my song-by-song wrap up of Ariana’s album, thank u, next. I’ve been loving Ariana and her music since she released God Is A Woman and I’m sure she’s gonna give us a lot more in 2019. Let me know what you think, in the comments below.